Headquartered in the Indianapolis area

Sullivan Hardware & Garden has been a part of the Indianapolis independent home improvement market for nearly 70 years. Robert Sullivan founded a small hardware store in 1954, and then in 1963, the business moved to its flagship location where the company’s core business still operates today.

One of seven children, Pat Sullivan says it was always his plan to take over. In 1989, at 29 years old, he bought the business from his father, who retired the following year. Over the last 30 years, Pat has made strategic investments in Sullivan Hardware & Garden. The business is not only a reliable place for people to buy core hardware needs, but it is a true destination for people throughout the state year-round.

“When I first took over from my father, I thought what we were doing would last forever,” he says. “We had some regional competition, but we always gave good service. Then when big-box stores came to town in the early 2000s—one within a mile of our flagship—we lost contractor business and some other bigger ticket business. We had to evolve.”

Pat says while they retained a core group of loyal customers, he wanted the store to be more than just a convenience hardware store.

“I want people to be excited about coming to our store,” he says.

Pat’s strategy to differentiate his operation came down to five product segments that he knew they could do better than the big-box stores: Green goods, fireplaces, mid-price patio furniture, grills and artificial Christmas trees.

“We failed at fireplaces,” Pat says. “I always tell that part of the story because it’s important for other retailers to know that not everything works out. But we’ve become the place to go for those products.”

Sullivan Hardware & Garden features four different locations, and all of them are distinct, which Pat says complicates marketing to a certain extent, but each business serves the immediate needs of the local communities.

The flagship store now occupies 5 acres and features a greenhouse and outdoor space, a full-service restaurant and a separate gift shop in addition to the core hardware store. The other locations include a smaller hardware store in a historic neighborhood less than 5 miles away, and another hardware store about 40 miles north of Indianapolis that serves a town of just over 4,800 residents with a core hardlines store and a live goods space. The most recent addition to the Sullivan family of stores is a garden center Pat purchased in early 2020.

COME TO TOWN
Every holiday season, the Sullivan Express takes thousands of visitors through the North Pole at Sullivan Hardware & Garden.

“I wasn’t necessarily looking at adding another location, but this garden center is a wonderful, 44-year-old business,” Pat says. “The owner was ready to retire, and I saw the potential there.”

He has invested about $3 million to make it consistent with the other locations, including adding 10,000 square feet of salesfloor space and opening another restaurant. The business previously only sold live goods, so now it features grills and a complete lawn and garden hard goods department.

“Instead of people going for plants and live goods and then going to a box store to get all the tools they need, they’re staying in that store,” Pat says.

In addition to identifying the core product areas that would help the business stand out in a crowded market, Pat’s strategy to bring customers to the stores has been all about entertainment.

The flagship store is known throughout the state as the place to go during the holiday season. The company’s focus on artificial Christmas tree sales is a standout; the business sells more than 100 different styles of trees, and in 2021, sales totaled over $180,000. To further support the category, the company offers a unique service: Christmas tree storage. For $30 a month, area residents can store their trees during the off-season in the warehouse, and then when they are ready, a team will deliver it and set it up. Hundreds of customers utilize the service, and Pat says it also keeps the warehouse staff busy during slower times of the year.

Christmas trees are just the tip of the holiday season iceberg at Sullivan’s. In fact, one attraction alone brings more than 50,000 visitors through the store from early November through Christmas Eve. The Sullivan Express is a holiday-themed train that takes children of all ages on a tour of the North Pole—an extravagantly decorated greenhouse—to meet Santa Claus. Demand is so strong that ticket sales are timed. They go on sale on the Sullivan Hardware website at precisely 4 p.m. on Nov 1. Last year, 1,700 tickets were sold in the first 3 minutes.

At the new garden center, a similar event is taking shape in celebration of Halloween, with Sullivan Express to Pumpkintown quickly becoming a tradition.

The restaurant is another unexpected draw that Pat says developed out of the company’s focus on another seasonal product: grills. To become a destination for grills, first, the business stocked dozens of different brands and price points. Second, they established a commercial kitchen to host grilling classes. The kitchen became an attraction throughout the year for classes and when it was open during the Sullivan Express season.

Pat and his staff noticed that people would come to the store specifically to get food from the kitchen because they had loved it so much during the holidays, only to see it wasn’t open.

“Customers could get a sandwich, a glass of wine during Christmas, and then they would come back in the spring, maybe for plants, and they would be disappointed because it was closed,” Pat says. “So we realized, on one hand, we were telling everyone how cool we were
and then we disappointed them. We realized we needed to be in the full-service restaurant business, so we’re open from lunch until dinner six days a week.”

Today, the restaurant and garden center also serve as a place for private parties, like wedding and baby showers, and even celebrations of life for beloved customers.

“As hardware stores, we have all hung our hat on good service, but everyone expects good service. So if you start there, you’re at zero, so now what do you have?”

“No matter how small you are, you need to be a fun place to shop. We make people in their daily lives stop and say ‘Let’s go there,’ when maybe they don’t even have a reason to.”

Pat admits the business isn’t as strong as it should be in regard to e-commerce, but he says that side of retail is crowded, and it’s harder to compete. Instead, the Sullivan Hardware & Garden digital team focuses on transitioning the entertainment at the store to social media, where it’s easier to communicate with customers and lean into word-of-mouth marketing. The business currently has over 6,000 followers on Instagram and more than double that on Facebook.

“It’s harder for us to push out our products for sale because everyone does that,” Pat says. “But on the social media side, we’re showing off Slawfest, our annual celebration of coleslaw. That’s a lot easier for us to market than getting someone to buy a grill from us.”

Showing off the fun side of hardware retailing is part of Pat’s core strategy, and he says all hardware store operators should make their stores a destination.

“No matter how small you are, you need to be a fun place to shop,” he says. “As hardware stores, we have all hung our hat on good service, but everyone expects good service. So if you start there, you’re at zero, so now what do you have?”

There aren’t immediate plans to grow the footprint of Sullivan Hardware & Garden further, but Pat says the future is about continuing to enjoy the company’s niche business and treading the line between hardware, garden center and something else completely. 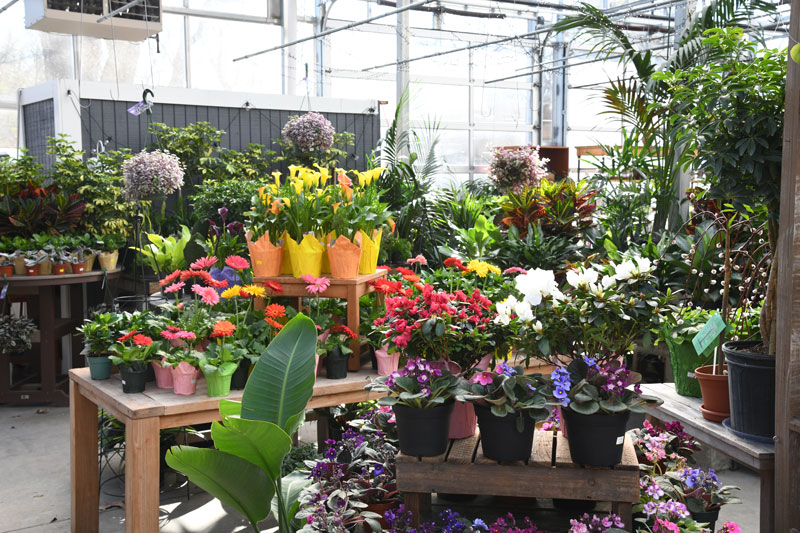 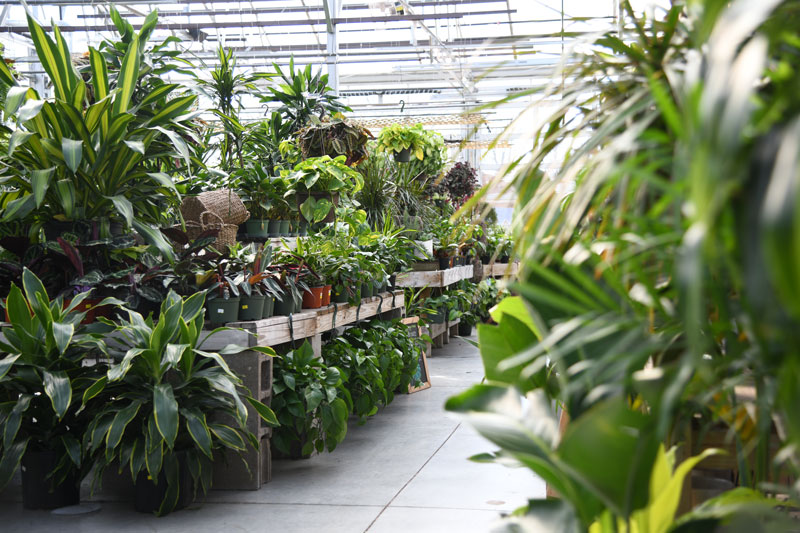 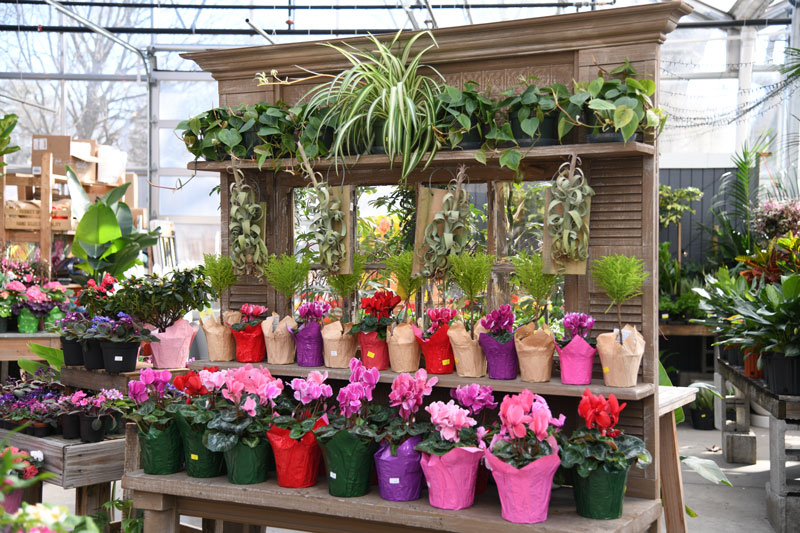 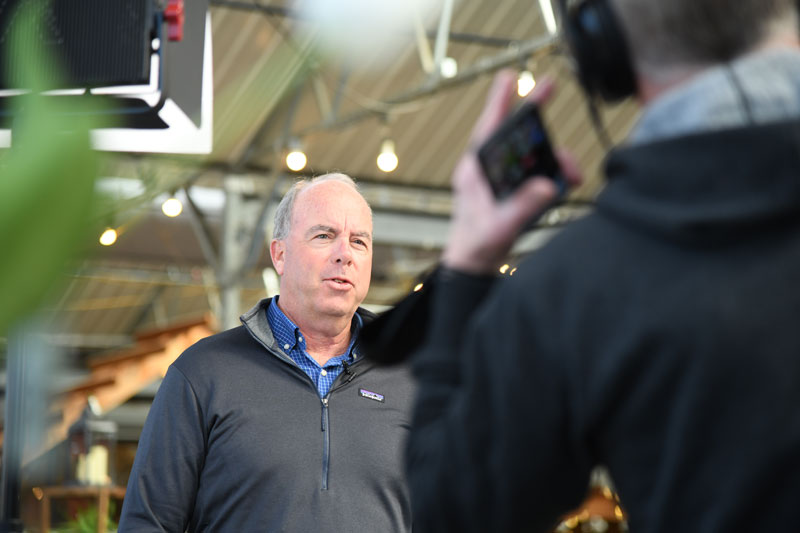 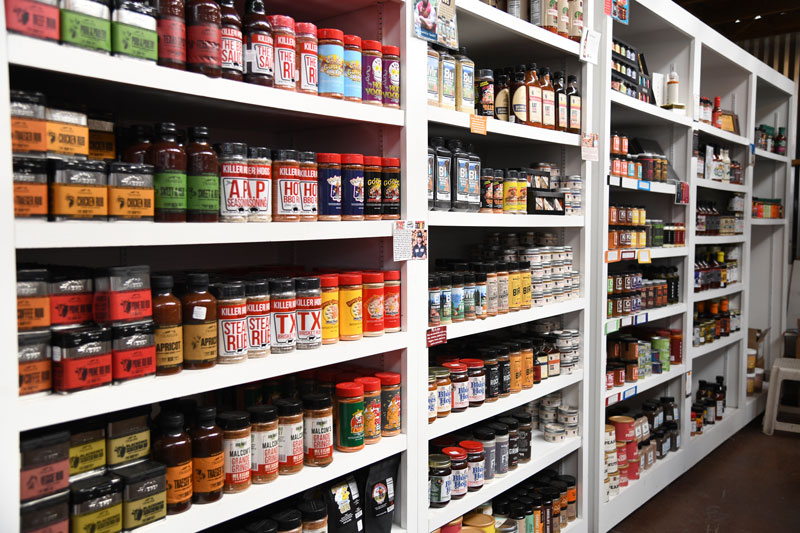 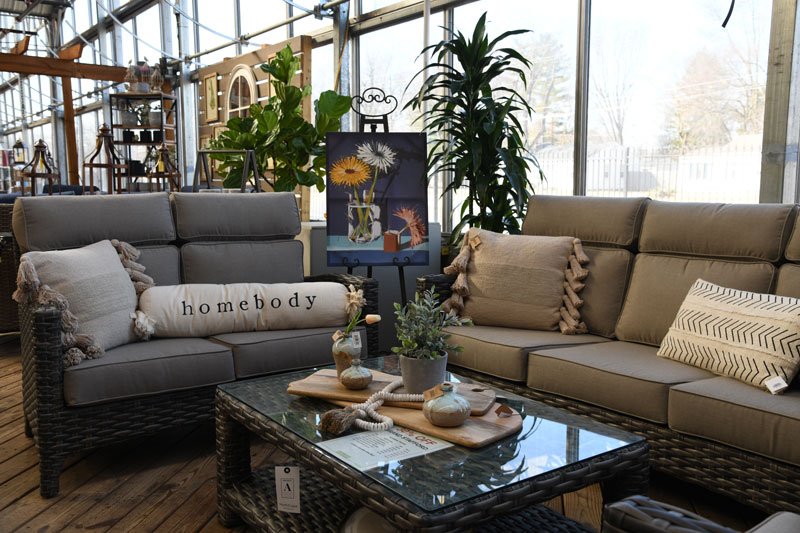 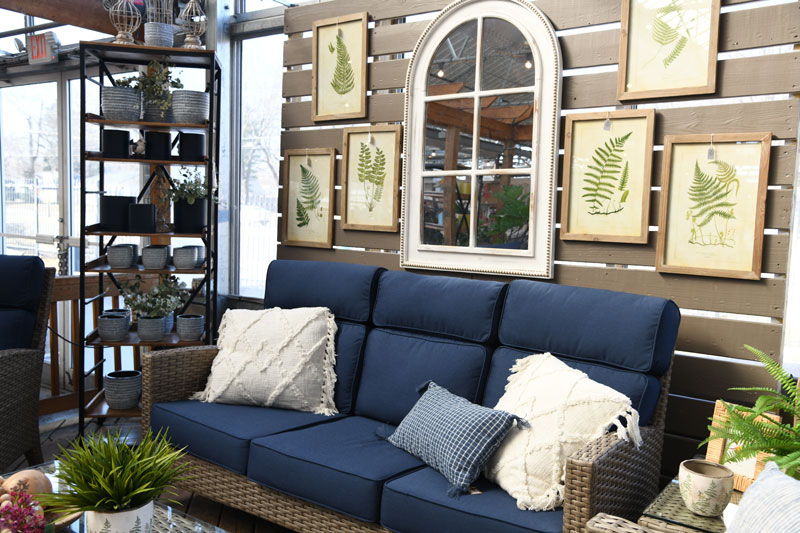 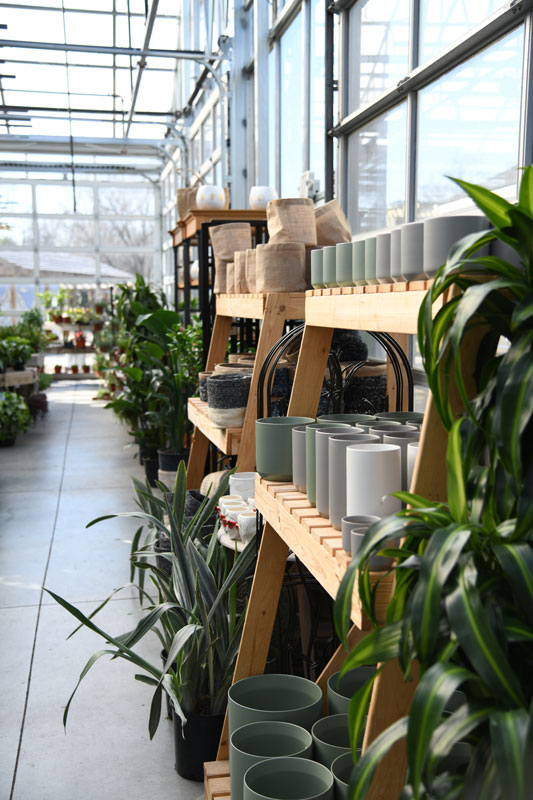 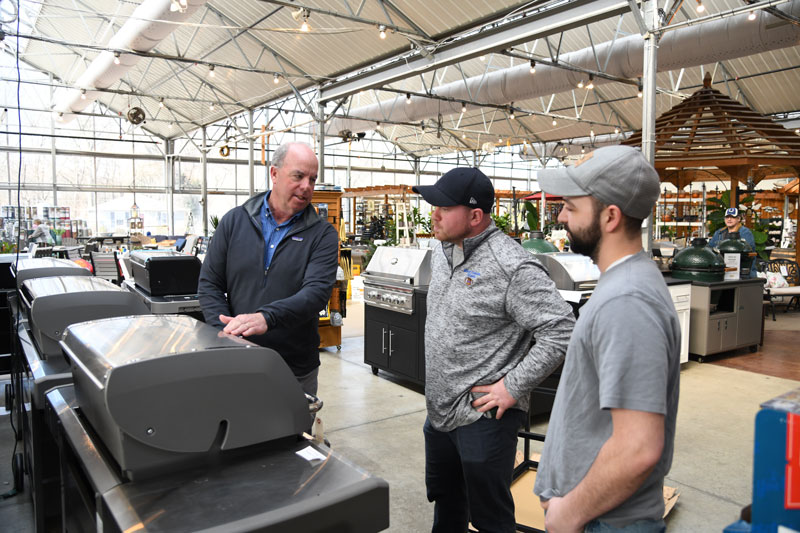 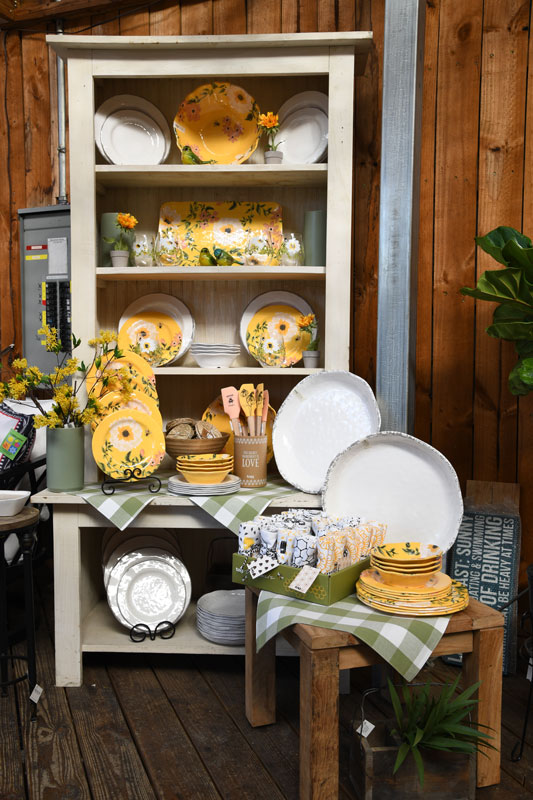